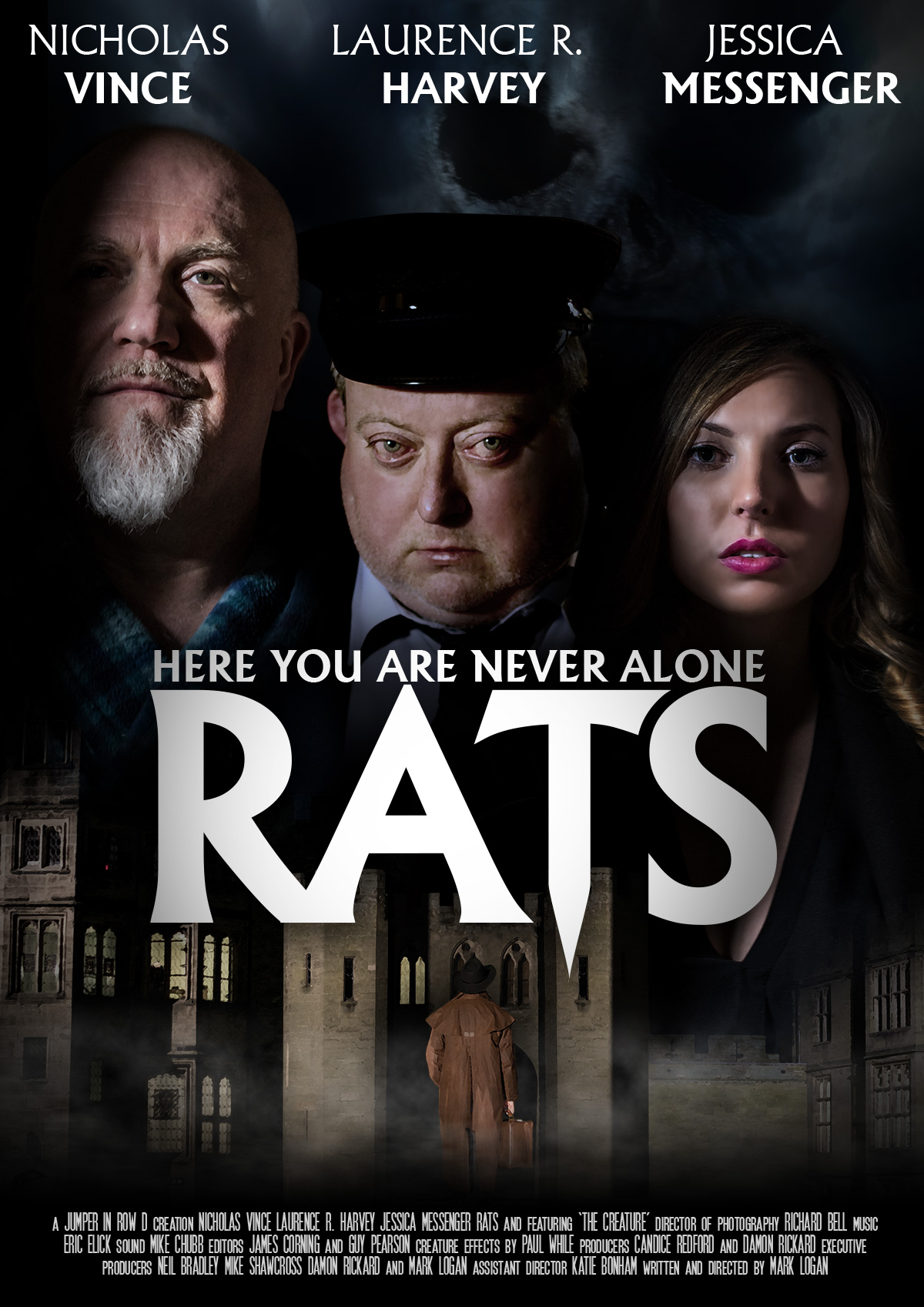 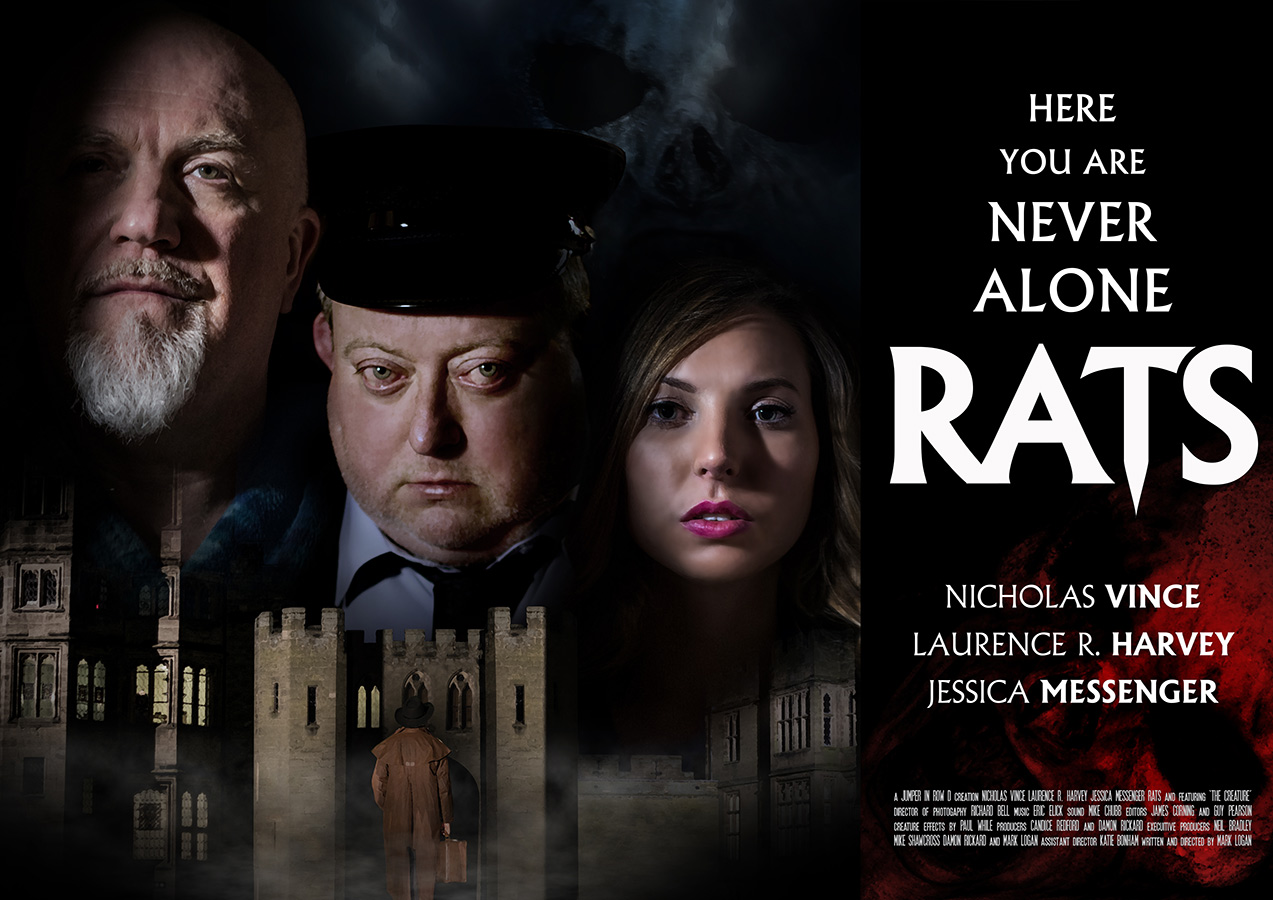 I had so much fun working on the Rats teasers and Indigogo campaign I was slightly disappointed when mark decided to initially look into having a painted poster done for the Rats release (it was going to be by one of my favorite artists, so I can’t complain too much).

When a few months later he asked if I was interested in reviving the project I jumped at it. He came with one curveball, to highlight the ‘British Ghost Story’ aspect, he wanted a ‘quad’ poster for festival submission.

However, when the finished film started to be submitted to festivals internationally, it became clear a ‘one sheet’ was also needed as the quad poster was not accepted by International Festivals. 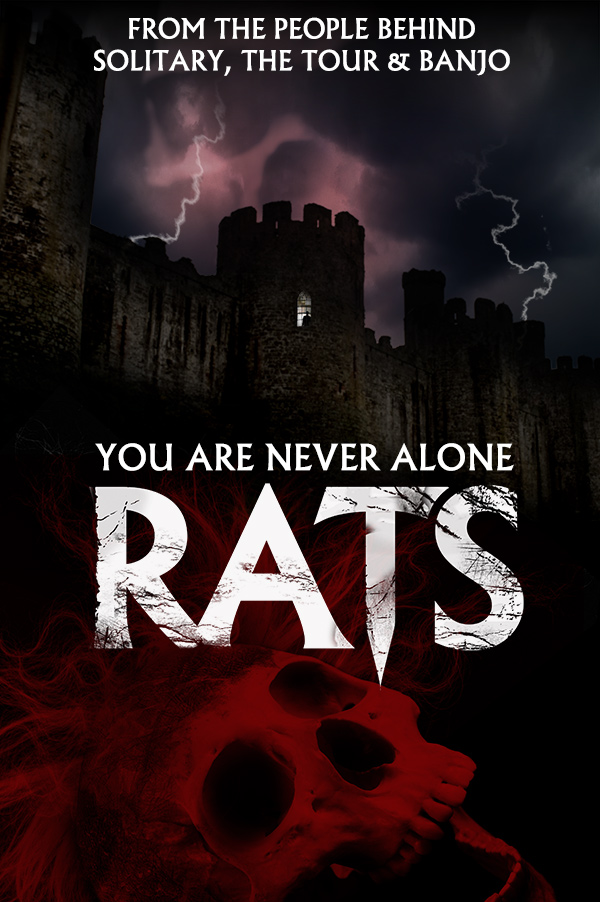 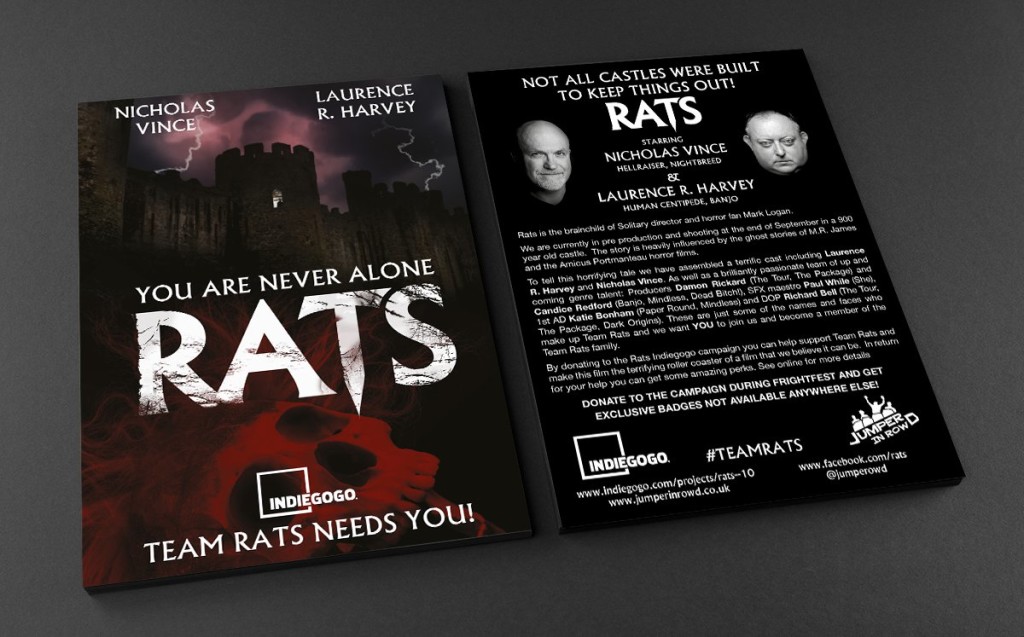 Rats started Indiegogo funding over the summer of 2015, coinciding with the Film4 FrightFest film festival in London, so myself and mark decided to flyer the event on the ‘networking tables’ in the bar. Crew members already attached to the project also had badges in their bags to give to people backing the campaign while at the event. 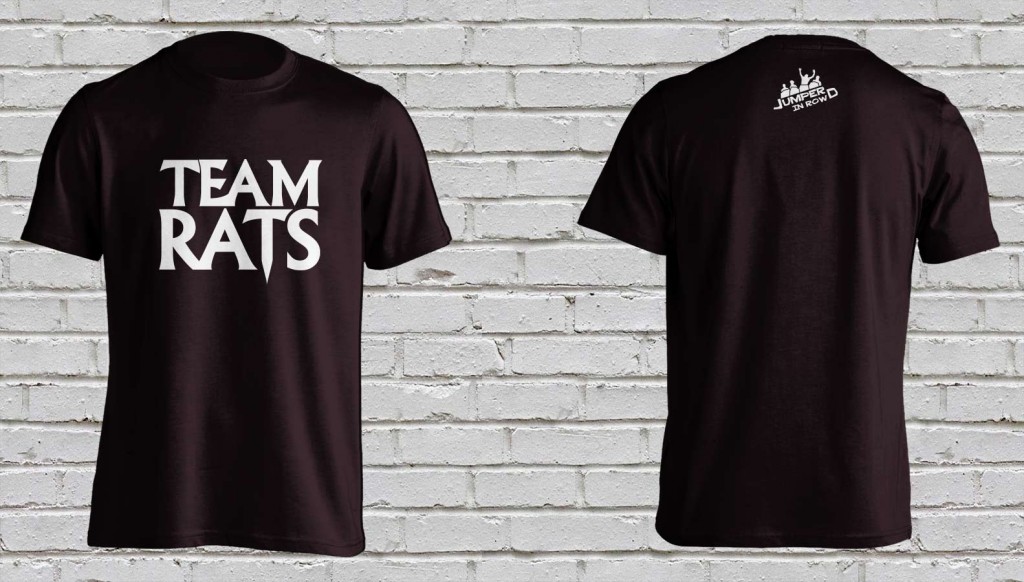 Crew/backer t-shirts and badges from the Rats Indiegogo Campaign. Printed by Awesome Merchandise in Leeds.