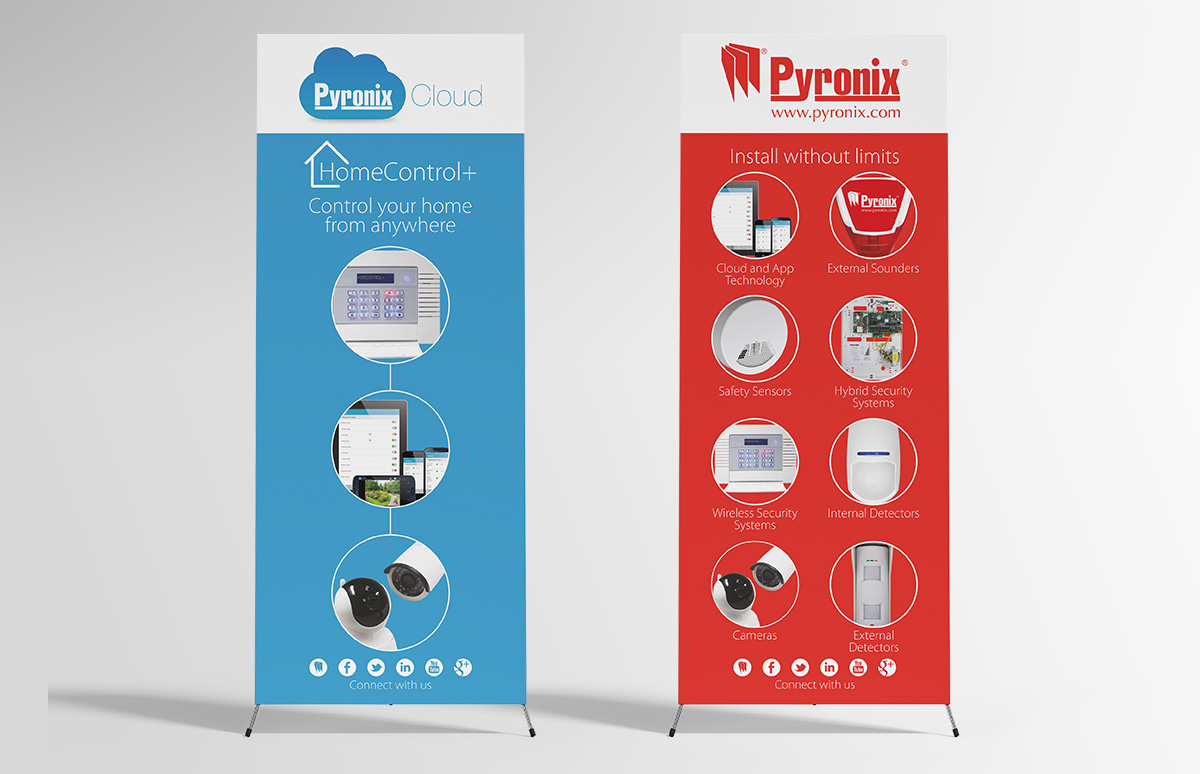 Designed for Irish trade shows, designs based off of distributor posters produced around the same time. 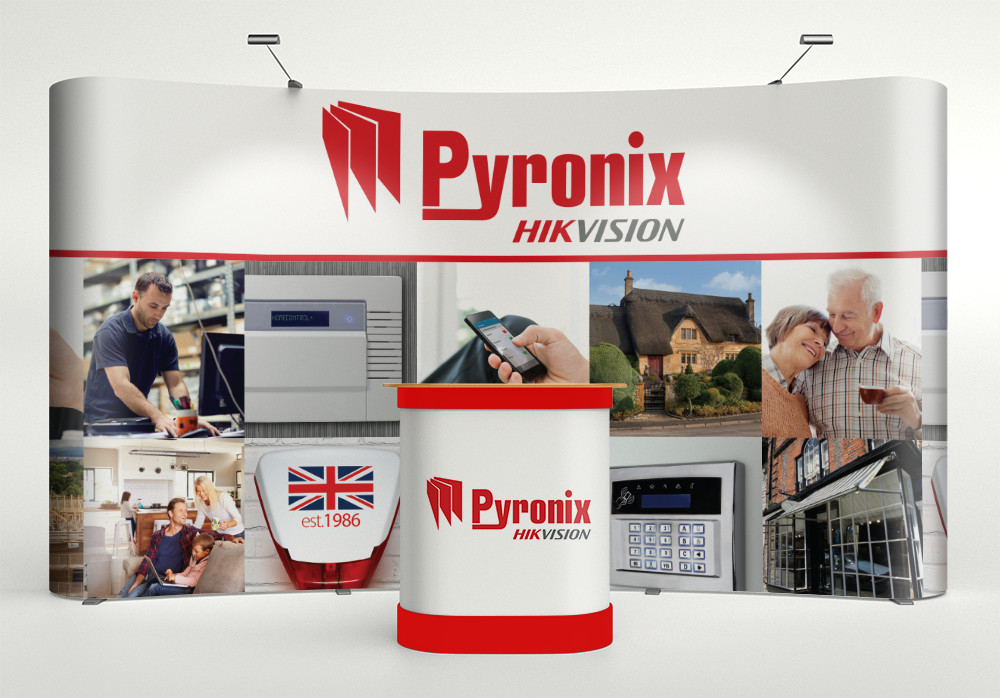 Pop up frame stand for use on 1 & 2 day trade ‘roadshows’. Standard design, can be put up/packed away in about 10 minutes.

Pyronix ‘insert bay’ in the Visiotech trade stand at Siccura security show in Spain (Feb 2016). Header board is 1mx3m wide. Design was originally rejected by Visiotech as not being ‘sexy’ enough, but we dug our heels in and had the most visible branding on the stand – second to Visiotech themselves.