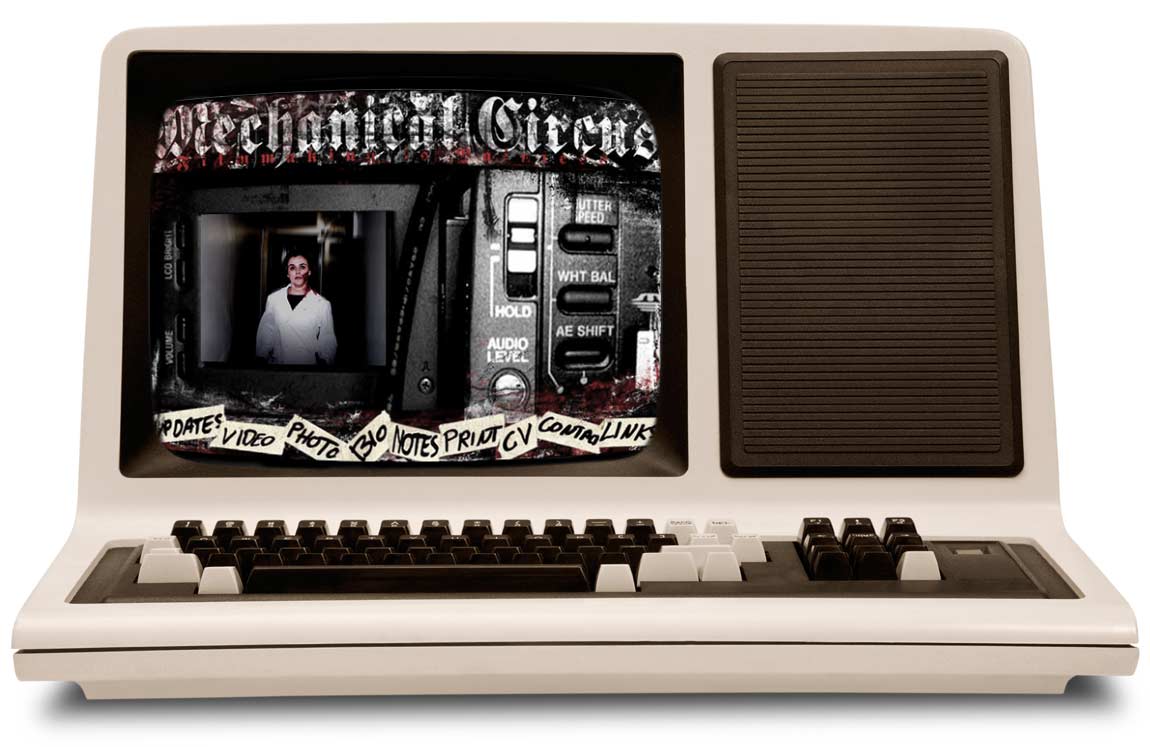 Welcome to the world of 2003-ish! before social media, before the time of  HD cameras in everyones pocket (we are talking the era of the mini disk). I was a gobby little sh*t wanting to make stuff. This page is more of a self obsessed nostalgia trip than anything else, But I thought it was important to collate old video & work (among other things) that I have done over the years. The original name Mechanical Circus comes from my youthful obsession with robots and automata.

Note – This is all pre Facebook, Youtube – its even pre MYSPACE! i.e. to show to a wider audience was damn near impossible unless I sent them a VHS tape or a home burned DVD in the post. Most internet users were still on dialup and flash video was still in its infancy (The original website had a 30 second reel). Originally I wanted to make videos and films, but many reasons (including working & getting injured while working on set of a tv show) meant I decided to focus on graphic design over video.