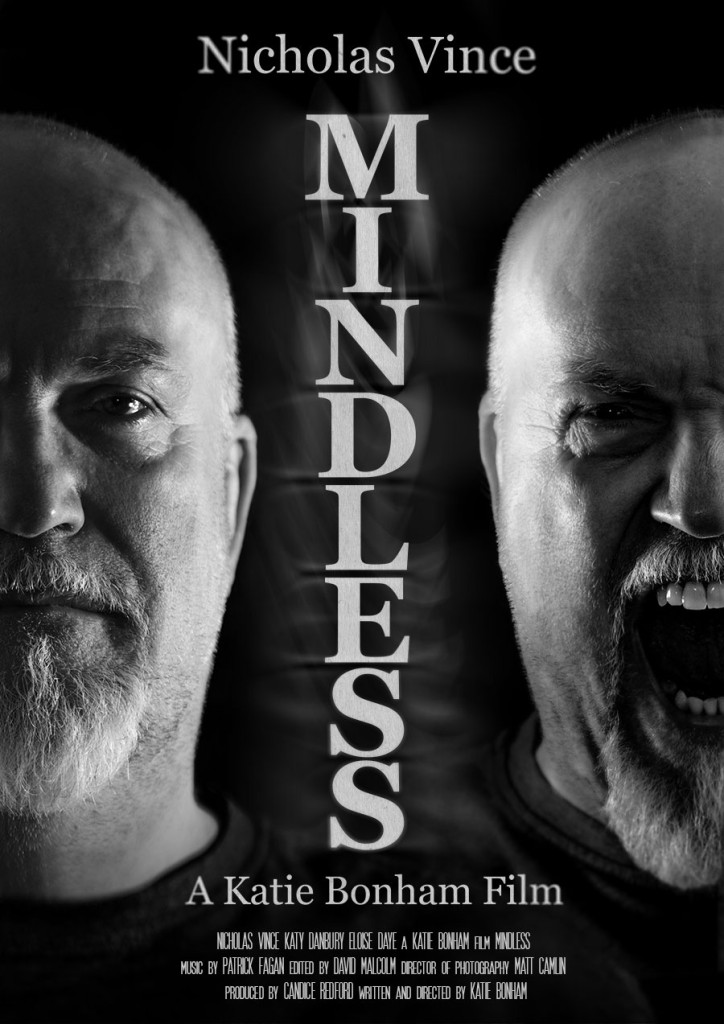 “I love this poster! Not just for the fairly obvious reason (me), but because it’s such a great piece of design.” Nicholas Vince

Poster for short film Mindless by Katie Bonham, Idea pitched (in a slightly less than sober state) at the Horror Con 2015 after party. Mindless Premiered at the Glasgow Film Festival 2016 before playing festivals over the globe.
Photography was taken during production by Mike Shawcross.